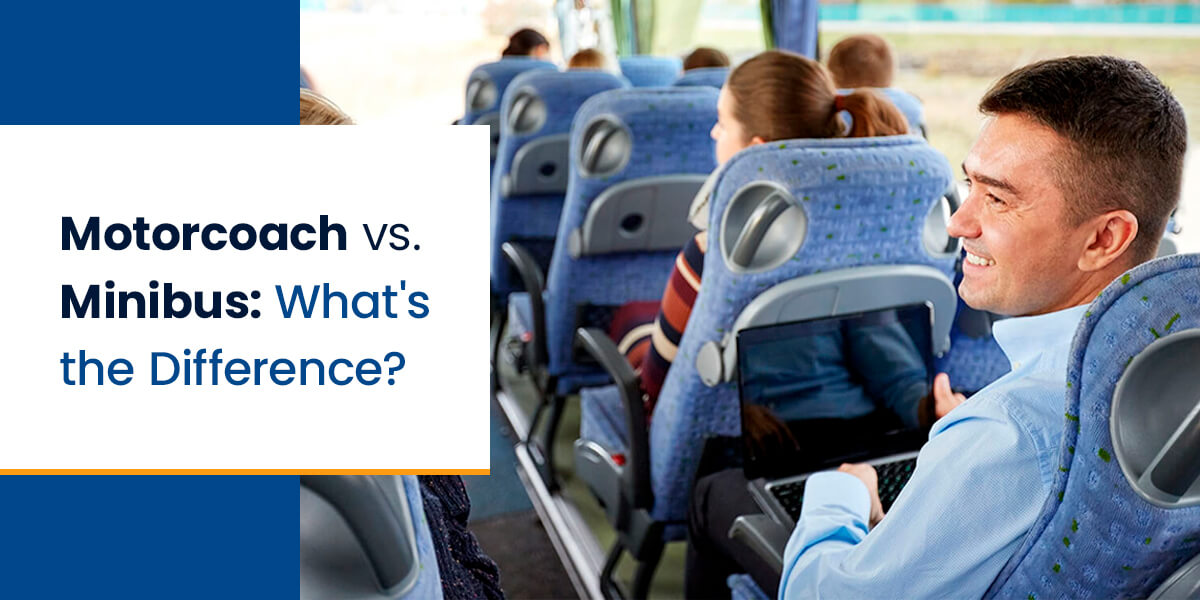 Motorcoach vs Minibus: Whats the Difference?

If you need to charter a bus for an upcoming trip, you have the option to either rent a minibus or a motorcoach. As two of the most commonly employed methods of group transportation, which would be the most economical for your group? Each has distinct features that you should be aware of before making arrangements. 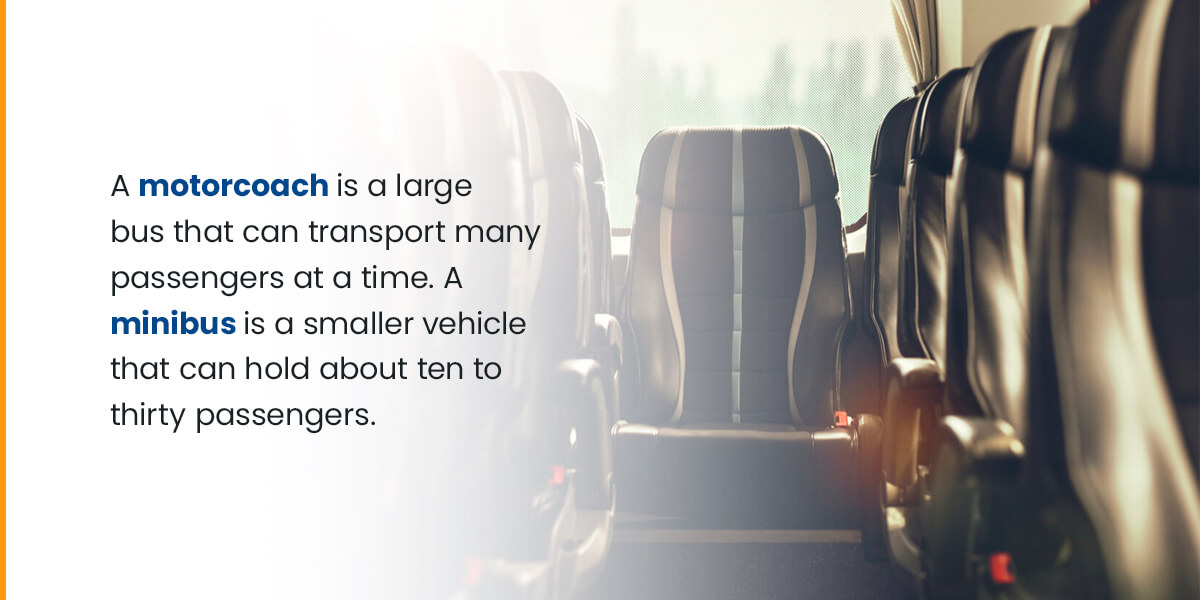 What Are the Differences Between a Motorcoach and a Minibus?

A motorcoach is a large bus that can transport many passengers at a time. For example, public transit buses are usually motorcoaches. On the other hand, a minibus is a smaller vehicle that can hold about ten to thirty passengers. Companies often use minibuses for compact groups of employees, students or vacationers, whereas motorcoaches are usually reserved for larger groups that need to travel long distances.

These transportation buses differ in:

What Is a Motorcoach?

A motorcoach has a passenger deck and a storage compartment that sits below. Usually, passengers have access to at least one bathroom. Depending on its usage, a motorcoach might also be called a party bus, Greyhound, activity bus or charter bus.

Pros of a Motorcoach

Motorcoaches have many advantages, such as how they are:

Cons of a Motorcoach

You should also be aware of the disadvantages, such as how they:

Most motorcoaches have reclining chairs, a lavatory and luggage holders. They might also come with a few luxury features such as Wi-Fi and outlets so the passengers can charge their devices.

Best Uses for a Motorcoach

Each motorcoach’s features can be customized depending on the vehicle’s primary purposes. They are popular with:

What Is a Minibus?

A minibus is a vehicle used for transporting more people than a van and less than a bus. Minibuses can offer several amenities, such as flat-screen TVs, storage space overhead and in the rear, and Wi-Fi. These vehicles are appropriate for medium-sized groups who want a more economical travel option than a plane or full-size bus.

Minibuses can be used as airport shuttles or transportation to concerts, festivals, corporate outings or sporting events.

Pros of a Minibus

The advantages of minibuses include that they are:

Cons of a Minibus

The disadvantages of minibus rentals include how they are:

Most minibuses have reclining seats. They are similar to riding on a school bus where passengers hold their luggage or place bags on the floor. Some have additional amenities, like Wi-Fi access and privacy glass.

Best Uses for a Minibus

Charter a Minibus or Motorcoach With BusRates

At BusRates, we provide minibus and motorcoach rental services. Our vehicles come with various amenities to help make your trip a delightful experience. You can request a quote and start making your travel arrangements today.